The Collaborative Process and mediation are both fantastic alternatives to litigation for families seeking a divorce, but is one method better than the other?

As I begin my endeavor of writing a three or four-part blog on Interest Based Negotiations for the My Collaborative Team newsletter, I have been re-reading “Getting to Yes” by Roger Fischer, William Ury and Bruce Patton.  They begin a section on Communication with the following: 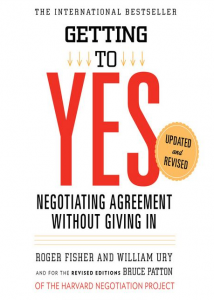 “Without communication there is no negotiation.”

Let’s keep in mind that two of the problems oftentimes leading to divorce are poor or misunderstood communications and lack or loss of trust.  And now we throw four professionals into the mix.  Communication is never easy, even between people who have similar values and have shared a portion of their lives together.  It isn’t surprising therefore to find poor communications amongst people who do not know each other well.

Fischer, Ury and Patton discuss three big problems in communication.  First is that the negotiators are not really communicating to each other but are talking to impress third parties or their own client.  The second problem is that people don’t listen and the third is that people misunderstand.

The authors offer these solutions.  Listen actively and acknowledge what is being said; talk to the other side to be understood; speak about yourself, not about them; and speak for a purpose.

I would offer up three other solutions in the Collaborative Process.  Share your concerns with your team keeping lines of communication open.  As much as we may misunderstand what we hear, we certainly can’t see emotion or inflection in writing.  Pick up the phone and talk about it!  And finally, be willing to accept constructive criticism and apologize when you are wrong.  People will listen better to people they respect.

Imagine you receive an email from the forensic accountant you hired to assist in the divorce of Mary C. It included a string of emails between Mary and her husband Tom about the incredibly high American Express bill for the month of February.  This had followed two months of bills that were thousands higher than before the parties had decided to divorce. The forensic accountant agreed that the wife appeared to be spending about $5,000 a month more over the past three months than in the prior six months. In an email to his wife, Tom had told her she would now be limited to $10,000 a month instead of the outrageous $15,000 she was spending.

If you are a litigator, your first reaction would be to fire off an inflammatory letter to the opposing counsel demanding that no limit be set on the account, arguing that the husband must maintain the status quo, and if the response isn’t immediate, “I’ll see you in Court!” 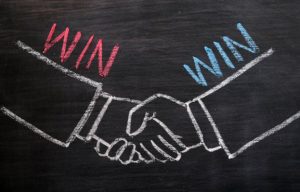 But this is a Collaborative Divorce, and the email from the forensic accountant was sent to both attorneys and the mental health facilitator. It was a plea for help from one member of the team to the others in settling this problem. What happened didn’t matter. It was our job to determine how to help this couple solve the problem without significant costs and with both parties satisfied. We weren’t there to fan the flames; we are the team of firefighters. On our phone conference, it was the husband’s attorney who suggested a way to solve the real underlying issue. The wife did not want to be limited in what she could spend (there is plenty of income), and the husband just gets agitated when he sees the spending. So, money would be pre-distributed for discretionary use of each of the parties, and spending paid for with marital funds would remain at status quo levels that were agreed upon. A win-win solution.

The Collaborative Divorce Process is an alternative dispute method in which the spouses and the professionals pledge in writing to the open sharing of information and ideas and not to go to court. The Collaborative team focuses on problem-solving and finding respectful resolutions based on the needs of the family. It is a cost-effective method that avoids a long, difficult, and expensive court battle. The Process is a respectful, private, and often economical way to help families preserve relationships.

I went to lunch with both lawyers and the facilitator in that completed Collaborative Case. It was a very successful collaboration. It took five months and probably cost the parties about one-half to one-third the cost of litigation.

Both parties leave the marriage with a part of their relationship still intact. The husband is even going to assist his now ex-wife with investing her funds. Their children have been spared any heartache.